You will "cut off'" your fortune if you use scissors on New Year's Day.

Scissors should be put away during thunderstorms
...to decrease the likelihood that the house will be struck by lightning.
Placing a pair of scissors under the pillow of a woman in labor will ‘cut her pain in half’....
(really? wow, whodathunk)
As with childbirth, placing a pair of scissors underneath the pillow of anyone in pain will halve their discomfort, making it more bearable.
Breaking both blades is a sign of an impending disaster.
(shoulda told me that before I ran with 'em)
Giving a pair of scissors as a gift will cause problems in a friendship by cutting the relationship in half.
When giving scissors as a gift, the receiver should always give a little money in return,
since ‘buying’ the scissors will not cause the friendship to be cut.
A pair of scissors nailed above a door in the ‘open’ position, so they resemble a cross to some extent, was said to protect a household from witchcraft and evil influences.
Dropping a pair of scissors is said to warn that a lover is unfaithful.
Breaking one blade of a pair of scissors is an omen of quarreling and discord;
...if both blades are broken at once; a calamity is to be feared.
Scissors should always be sold, they should never be given.
On Wednesday and Friday,
...no should use a needle or scissors, bake bread or sow flax.

Never lend a pin to a friend lest it prick the friendship.

A bent or crooked pin is thrown into a wishing well for good luck.

Dropping a needle was good luck unless it sticks upright in the floor, then company was expected.

Remove a needle or pin from the packet and prick the recipient before giving it to them.
(really? ouch!)

A knotted thread means an argument is coming.

A tangled thread on a needle during mending gives health and prosperity to the owner.
(no wonder I'm healthy! I count at least a hundred knots a month!)


Blessings from the farm, Lori
written by Lori from Notforgotten Farm on 8:54:00 PM 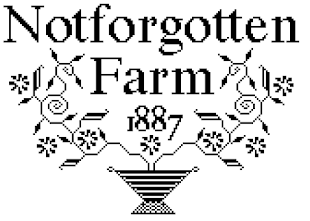 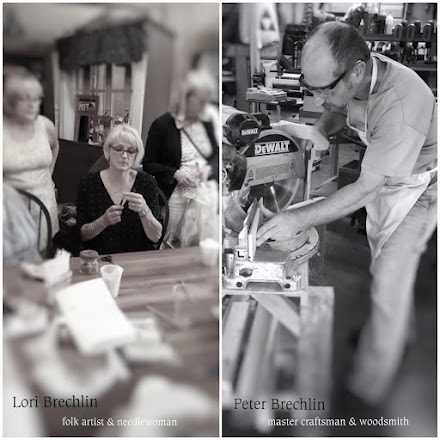